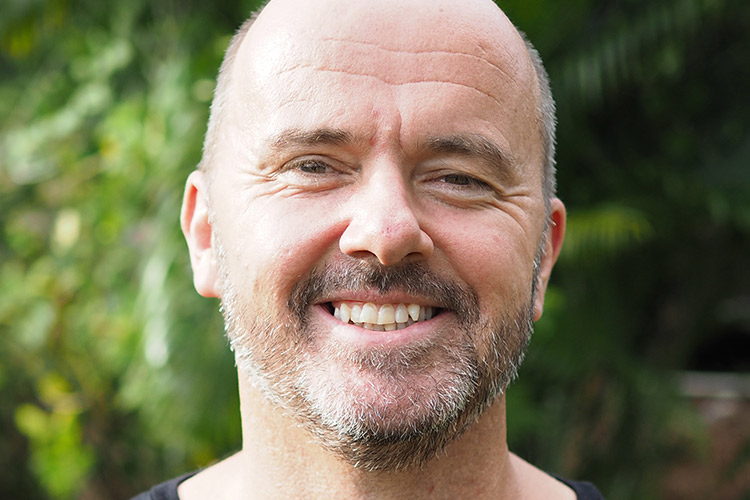 Tony first encountered yoga while on a working holiday in Australia in 1995. After numerous trips to India he decided to combine his passion for yoga and teaching by completing a two year hatha yoga Teacher Training Course with Yoga Therapy Ireland in 2007 and commenced yoga teaching from that point onwards. He has spent time at a number of centres in India such as the Sivananda Yoga Vedanta Centre (Kerala), Iyengar Yoga Centre (Goa), Osho Centre (Pune), Mother Amma (Kerala) and taken meditation courses at the Vipasana Meditation Centre (Aurangabad) and Bodhi Zen Meditation Centre (Kodaikanal).

Further yoga study in 2010 brought him to Goa where he studied with Lalit and in February of that year he graduated from Himalaya Yoga Valley. He returned to Goa later in the same year to take part in the internship program and subsequently managed and taught members of the public in the Yoga Shala. As a senior teacher with the Centre, he works closely with trainees in Goa and Ireland.

Tony has a wide range of teaching experience from primary level, through high school up to second year University students and in addition has taught yoga classes in a range of locations from Cairo to the Falklands. Apart from teaching, he has worked as a web designer and has also spent a number of years working in administration at an Irish university.