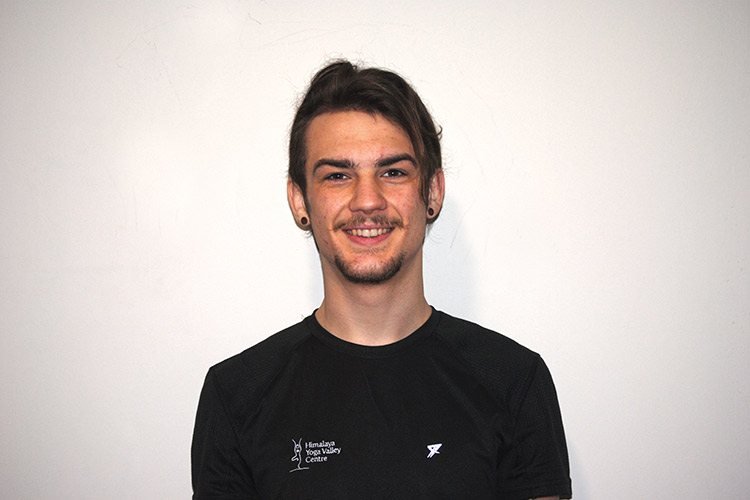 Originally from Cork, Jared found his passion for Yoga in 2015 while training Jiu-Jitsu in the United States. Over the course of 7 years, he suffered several injuries and yoga became essential for healing the body, preventing further injuries, as well as improving physical conditioning. He later discovered the meditative and philosophical aspects of yoga, which impacted his life greatly.

Jared went on to study meditation at the Burlington Shambhala Centre in Vermont which encouraged him to dedicate his life to yoga. In 2017 he moved back to Ireland to begin his teacher training with Himalaya Yoga Valley in Cork. Since completing the course he has fostered his passion for yoga and sharing the awareness, liberation, balance and empowerment that one acquires through a regular yoga practice.

Any cookies that may not be particularly necessary for the website to function and is used specifically to collect user personal data via analytics, ads, other embedded contents are termed as non-necessary cookies. It is mandatory to procure user consent prior to running these cookies on your website.